Mehr News Agency (2020-10-18). VIDEO: Mustsee Tang-e KƒÅfarƒ´ in W Iran. en.mehrnews.com TEHRAN, Oct. 18 (MNA) — Tang-e KƒÅfarƒ´ which is located in Ilam Province, west of Iran enjoys unique tourist attractions. It can be considered one of the most important habitat settlements of the Neolithic era up to now.

Mehr News Agency (2020-10-18). Enemy seeking to foment internal strife, conflicts: Rouhani. en.mehrnews.com TEHRAN, Oct. 18 (MNA) — Iranian President Hassan Rouhani said that enemies of the country are seeking to spread strife and conflict in the country, so that conspiracies of enemies must be foiled.

Mehr News Agency (2020-10-18). Iran "Resistance" strategy defeats US " Maximum Pressure" en.mehrnews.com TEHRAN, Oct. 18 (MNA) — Ali Rabiei noted, "Pushing back sanctions, reducing the effects of sanctions and increasing social resistance were the strategies of the Islamic Republic of Iran to overcome the US policy of maximum pressure."

Mehr News Agency (2020-10-18). US strategy regarding Iran produced no 'positive result'. en.mehrnews.com TEHRAN, Oct. 18 (MNA) — Former US National Security Adviser John Bolton said that the Trump administration's foreign policy with respect to Iran has had no 'positive results' for Washington. 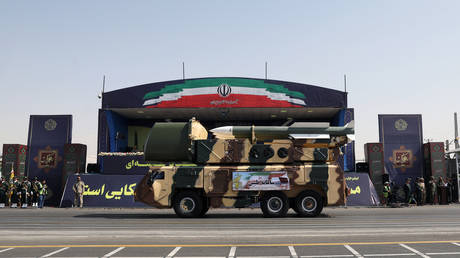 Iran's foreign ministry has declared the victory of "multilateralism, peace and security", claiming the UN's conventional arms embargo effectively expired on October 18, despite Washington's pressure to reimpose sanctions. | "As of today, all restrictions on the transfer of arms, related activities and financial services to and from The Islamic Republic of Iran, and all prohibitions regarding the entry or transit through territories of the United Nations Member States previously imposed on a number of Iranian citizens and military officials, are all automatically terminated," Iran's Foreign Ministry said in a…

Mehr News Agency (2020-10-17). Envoy urges intl. community to unite against US unilateralism. en.mehrnews.com TEHRAN, Oct. 17 (MNA) — Iran's representative in the Third Committee of the UN General Assembly expressed concern over the US' lack of respect to the UN's stance amid the coronavirus pandemic.

Mehr News Agency (2020-10-17). 2nd round of Iran-Ukraine plane crash talks to start on Mon. en.mehrnews.com TEHRAN, Oct. 17 (MNA) — While the first round of the Iranian delegation's talks about the flight 752 incident in Ukraine ended in early August, the second round of the related talks is slated to be held in Tehran, from Monday to Wednesday. 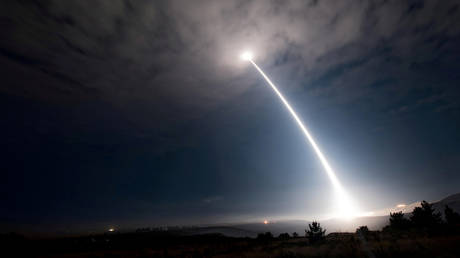 sputniknews (2020-10-16). 'Distraction Mechanism': NYT's Crocodile Tears Over Iran Sanctions Disguise Role in Justifying Them. sputniknews.com What seems to be a compassionate plea for mercy from Washington by a major US newspaper is actually just a furthering of the US propaganda war against Iran that's responsible for the strangling sanctions that frustrate its ability to combat the COVID-19 pandemic, a doctor and activist told Sputnik.

sputniknews (2020-10-16). Roman Catholic Priest to Be Released Following 2018 Activist Break-in at Nuclear-Capable US Base. sputniknews.com A 71-year-old Roman Catholic priest will spend virtually no additional time become bars after he was granted time served during sentencing for his April 2018 break-in at a nuclear-capable US Navy submarine base in Georgia.

sputniknews (2020-10-16). 2016 Plot to Install Biden Plus a Tale of Two Town Halls. sputniknews.com On today's episode of The Backstory, host Lee Stranahan discussed current events, including the Democrats' plot to install Biden, the beheading of a teacher in Paris, Savannah Guthrie's town hall performance, the desecration of an altar in Louisiana, a drone strike in Idlib, and the latest on the START nuclear treaty. 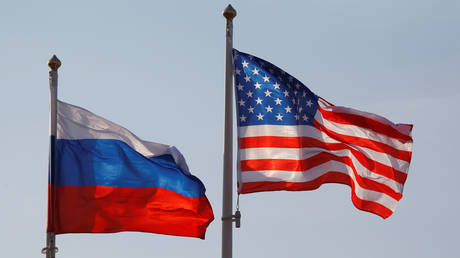