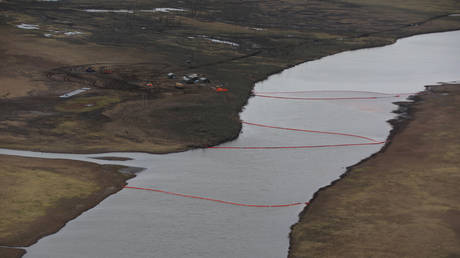 Russia's Federal Environmental, Industrial and Nuclear Supervision Service (Rostechnadzor) revealed violations in the operation of tanks at the combined heat and power plant CHPP-3 in Norilsk, in Russia's Krasnoyarsk Region, in 2017, according to the SPARK database. During inspections in the fall of 2017, Rostechnadzor found irregularities in the operation of two tanks for fuel storage at the thermal power plant that belongs to the Norilsk-Taimyr Energy Company (NTEC), which is part of the Nornickel group. | The watchdog also said the company had failed to conduct repair work which had been planned earlier at…

en.mehrnews (2020-06-06). Birth of Hawksbill sea turtles in Kish. en.mehrnews.com TEHRAN, Jun. 07 (MNA) — A group of endangered species of Hawksbill baby turtles hatched out on the coast of Kish Island on Saturday and headed for the Persian Gulf.

en.mehrnews (2020-06-05). Unblocking Iran's resources in foreign banks must be seriously pursued: Rouhani. en.mehrnews.com TEHRAN, Jun. 05 (MNA) — Iranian President Hassan Rouhani appreciated the efforts by the Central Bank of Iran for unblocking Iran's resources in foreign banks and emphasized on providing the necessary currency for the imports of basic goods.

en.mehrnews (2020-06-05). FM Zarif calls for release of all Iranians imprisoned in US. en.mehrnews.com TEHRAN, Jun. 05 (MNA) — Iranian Foreign Minister Mohammad Javad Zarif referred to the upcoming return of an Iranian citizen who has been jailed in the US, calling on Washington to release all Iranian hostages.

en.mehrnews (2020-06-05). Iran releases American convict due to Islamic Kindness. en.mehrnews.com TEHRAN, Jun. 05 (MNA) — Tehran has announced the release of a US citizen, Michael White, who had been imprisoned on security charges in Iran.

en.mehrnews (2020-06-05). Iran urges lifting of 'all inhumane sanctions' against Syria. en.mehrnews.com TEHRAN, Jun. 05 (MNA) — Tehran has reiterated its support to the Syrian government and nation, calling for the removal of all sanctions, which have hampered Damascus' efforts in the reconstruction of the country.

sputniknews (2020-06-06). US Media Calls Russia's Mysterious Khabarovsk-Class Sub Potential 'Defining Submarine of 2020'. sputniknews.com In addition to being a major component of Russia's overall naval doctrine, submarines are of crucial importance to the country's nuclear triad, with their silent operations lurking under the Arctic Ocean, the Atlantic and Pacific guaranteeing a strategic response in the event of an enemy first strike.

yenisafak (2020-06-06). Iran's death toll from pandemic surpasses 8,200. yenisafak.com Iran on Saturday confirmed 75 more fatalities from the novel coronavirus over the past 24 hours, bringing the nationwide death toll to 8,209. | A further 2,269 people tested positive for the virus, raising the overall count to 169,425, Health Ministry spokesman Kianoush Jahanpour said. | Jahanpour said 130,300 patients have recovered and been discharged from hospitals so far, while 2,578 patients remain in critical condition. | Some 1.06 million tests have been conducted in the country so far, according to the spokesman. | The country continued seeing an upward trend in daily infections in many provinces, especia…

sputniknews (2020-06-05). 'The Pandemic Will Not Change UK or US Narrative When it Comes to Global Competition' – Analyst. sputniknews.com Government Communications Headquarters Director Jeremy Fleming said earlier this week that the NHS is being targeted by cyberattacks from Russia, China and Iran, which are aimed at getting access to sensitive data such as vaccine research in the UK. 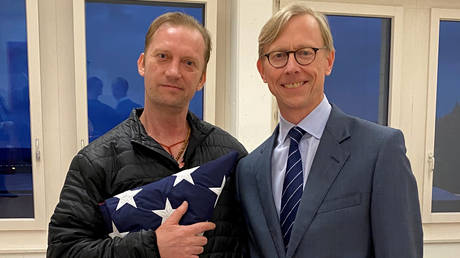 US President Donald Trump has praised Tehran for releasing US Navy veteran Michael White, who was sentenced to 10 years in prison in 2018, hinting at a breakthrough that may pave way for a new nuclear deal. | "I just got off the phone with former American hostage Michael White, who is now in Zurich after being released from Iran. He will be on a U.S. plane shortly, and is COMING HOME to the United States," Trump tweeted on Thursday evening, before giving credit to the Islamic Republic for its cooperation in the process. | Thank you Iran, it shows a deal is possible! | I just got off the phone with former Ameri… 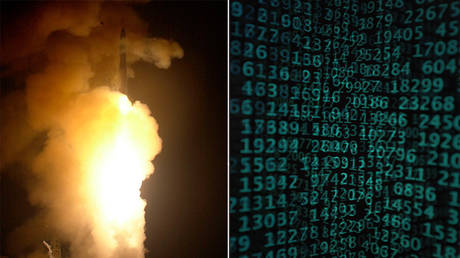 Scott Ritter (2020-06-04). Pompeo pushes allies to increase funding to fight ISIS, but US' real goal is setting up a front for countering Iran (yes, AGAIN). thealtworld.com Despite President Trump's previous claims that Islamic State has been 100 percent eliminated, the US is seeking …

WSWS (2020-06-04). Anger over US police assault on Australian journalists in Washington DC. wsws.org Had the attack occurred in a country such as China or Iran, the muted response from the Australian political establishment would undoubtedly have been very different.

Abdel Bari Atwan (2020-06-04). Bringing Lebanon to its knees. thealtworld.com Syria and Iran can cope with another round of US sanctions. The Lebanese are the most vulnerable targets of the 'Caeser Act'. | The Trump administration is promising Syria and its allies in Iran and Lebanon a fresh package of 'suffocating' sanctions in two weeks' time with the coming into force of the so-called 'Caesar Act', whose provisions were passed by both houses of Congress last December. | The aim of this legislation is not only to suffocate Syria but also to inflict as much economic pain as possible on its backers, especially in Lebanon, Iran, and Russia. It targets all groups, companies, and individuals…

Prabir Purkayastha (2020-06-04). U.S. Abandons Open Skies for New Age Space Weapons. counterpunch.org With the U.S. deciding to walk out of the Open Skies agreement, the U.S. is signaling to the world that it intends to return to days of Pax Americana that existed post-World War II, when it was the sole possessor of nuclear weapons. It has already walked out of the Anti-Ballistic Missile (ABM) Treaty in

Erika Williams (2020-06-04). Russia OKs Use of Nukes in Response to Non-Nuclear Attacks. globalresearch.ca Russian President Vladimir Putin signed a new government policy for nuclear deterrence on Tuesday that allows the use of nuclear weapons in response to conventional arms attacks. | Russia says its nuclear weapons are developed in order to deter potential attacks …

en.mehrnews (2020-06-04). Maintaining public health top priority for gov't: Pres. Rouhani. en.mehrnews.com TEHRAN, Jun. 04 (MNA) — Iranian President Hassan Rouhani said that maintaining the health of the people and all members of society is a top priority for the government.

en.mehrnews (2020-06-04). Iran keen on continuous coop. with China's NPC: Ghalibaf. en.mehrnews.com TEHRAN, Jun. 04 (MNA) — Parliament Speaker Mohammad Bagher Ghalibaf said that the approach of the Iranian Parliament is to continue cooperating and strengthening parliamentary relations with the Standing Committee of the National People's Congress (NPC) in order to further develop and expand relations.