en.mehrnews (2020-05-16). Iran to hold online intl. conf. on Quds as replacement to rallies. en.mehrnews.com TEHRAN, May 16 (MNA) — According to Ayatollah Alireza Arafi, head of the Islamic Seminaries of Iran, a two-day online international conference will be held on the issue of Palestine.

en.mehrnews (2020-05-16). Iran to hold online intl. conf. on Quds to as replacement to rallies. en.mehrnews.com TEHRAN, May 16 (MNA) — According to Ayatollah Alireza Arafi, head of the Islamic Seminaries of Iran, a two-day online international conference will be held on the issue of Palestine.

en.mehrnews (2020-05-16). Imam Khomeini viewed the right path toward Quds: Islamic Jihad representative. en.mehrnews.com TEHRAN, May 16 (MNA) — Glorifying the International Quds Day, initiated by the founder of the Islamic Republic Imam Khomeini in 1979, is an annual event held on the last Friday of Ramadan to express support for the Palestinians and oppose Zionism and the Israeli regime. Quds Day is a unique form of a wide-aware campaign against the Israeli occupation of Palestine. 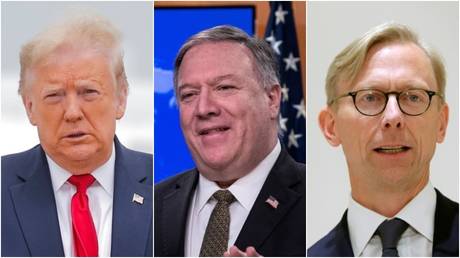 A high-ranking Iranian politician has unloaded on three of the top US officials, saying their "mindless" behavior paints the US government as being dangerous for rivals, unreliable for allies and incompetent for the people. | Ali Shamkhani, the Secretary of Iran's Supreme National Security Council took aim at US President Donald Trump, Secretary of State Mike Pompeo and Special Representative for Iran Brian Hook in a series of tweets on Friday. | "The rule of the incompetent and mindless is only a source of danger," Shamkhani said before proceeding to call the Americans by name. | The Trump-Pompeo-Hook triangl… 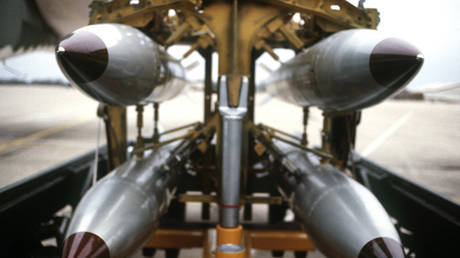 en.mehrnews (2020-05-16). Zarif main online speaker of intl. Quds Day on May 22. en.mehrnews.com TEHRAN, May 16 (MNA) — Iranian FM Mohammad Javad Zarif is to deliver an online speech on the International Quds Day on Instagram, when the world chides the cruelties of the Zionist regime on last Friday of Ramadan (this year May 22).

en.mehrnews (2020-05-16). 'incompetent' Trump-Pompeo-Hook triangle is only a source of threat: Shamkhani. en.mehrnews.com TEHRAN, May 16 (MNA) — The Secretary of Iran's Supreme National Security Council [SNSC] Rear Admiral Ali Shamkhani said that the triangle of the Trump, Pompeo & Hook has created an image of the US administration that its allies consider it 'unreliable'.

en.mehrnews (2020-05-16). Iran treating foreign nationals infected by Covid-19 free of charge: official. en.mehrnews.com TEHRAN, May 17 (MNA) — Director-General of Bureau for Aliens and Foreign Immigrants Affairs of the Iranian ministry of foreign affairs Mehdi Mahmoudi announced on Saturday that all foreign nationals, in particular those from Afghanistan, infected by the coronavirus are being treated free of charge in Iranian hospitals.

en.mehrnews (2020-05-16). Eid al-Fitr prayers to be held all across Iran: Rouhani. en.mehrnews.com TEHRAN, May 16 (MNA) — Iranian President Hassan Rouhani announced on Saturday that the Eid al-Fitr prayers (on May 24) will be held in all mosques across the country by observing health protocols.

en.mehrnews (2020-05-16). Talks underway between Iran, Iraq to reopen Mehran border crossing amid pandemic. en.mehrnews.com TEHRAN, May 16 (MNA) — The Director-General of Ilam Customs Office Rouhollah Gholami said on Sat. that Iranian and Iraqi customs officials are in talks with each other for reopening Mehran Border Crossing with the aim of resuming trade activities halted due to the spread of the novel coronavirus, also known as COVID-19.

en.mehrnews (2020-05-16). US continues to disrupt world despite need for unity against pandemic. en.mehrnews.com TEHRAN, May 16 (MNA) — Iranian Foreign Ministry Spokesman Abbas Mousavi condemned the disruptive measures of the United States across the globe while the world needs to be united against the pandemic.

en.mehrnews (2020-05-16). Schools reopened in Hamedan. en.mehrnews.com TEHRAN, May 16 (MNA) — According to the direct order of the National Committee on Combating Coronavirus, schools in Iran have been reopened as of May 16. These pictures depict school students in the western Iranian province of Hamedan.

en.mehrnews (2020-05-16). Military secrets must not be revealed to enemies: Sayyari. en.mehrnews.com TEHRAN, May 16 (MNA) — Deputy Coordinator of the Islamic Republic of Iran's Army Rear Admiral Habibollah Sayyari said that no country reveals its defense secrets and Iran must not divulge any military information to the enemies.

en.mehrnews (2020-05-16). Russian amb. rejects reports on Iran, Turkey, Russia agreement on removal of Assad. en.mehrnews.com TEHRAN, May 16 (MNA) — Rejecting some reports on Iran, Russia and Turkey's agreement to remove Syrian President from the power, Russian ambassador to Tehran Levan Dzhagaryan told Mehr News Agency that the future of President Assad and Syria will be decided by Syrian people through free transparent elections, not by us.

en.mehrnews (2020-05-16). The CORONAREVAYAT Festival invites public to submit 'corona narrative' in a variety of forms. en.mehrnews.com TEHRAN, May 16 (MNA) — The Medical Council of the Islamic Republic of Iran has started and called for a big documentation project in order to record and archive the lasting moments in corona management.

en.mehrnews (2020-05-16). Leader, university studesnts to meet via videoconference. en.mehrnews.com TEHRAN, May 16 (MNA) — On the 22nd day of the holy month of Ramadan (May 17), the Leader of the Islamic Revolution Ayatollah Ali Khamenei will meet with a group of university students and the representatives of students associations via videoconference, due to the coronavirus outbreak.

en.mehrnews (2020-05-16). Saudis react to economic squeeze. en.mehrnews.com TEHRAN, May 16 (MNA) — Saudi Arabia and the UAE introduced the five percent Value Added Tax (VAT) in January of 2018, a first for the Persian Gulf region which had long prided itself on its tax-free, cradle-to-grave welfare system. On the same day, Saudi Arabia announced a petrol price hike of 127 percent.

An Iranian tanker loaded with gasoline has set sail for Venezuela, Reuters reports, citing tanker tracking data. The cargo should help alleviate a growing shortage of gasoline in the sanctions-stricken South American country. | The Clavel, a medium tanker, loaded in March at the Iranian port of Bandar Abbas, and this week passed the Suez Canal, the data showed. | TankerTrackers.com co-founder Samir Madani confirmed the data to Oilprice.com, noting that there were several vessels en route from Iran to Venezuela, with the cargo all or mostly gasoline. | twitter.com/Joyce_Karam/status/1261022167669…

The U. S. President and his Secretary of State frequently expound about the supposed failings of enemies abroad. Recently they've blasted China's response to the pandemic, Venezuela's dictatorship, Cuba's "slave doctors" overseas, and even Iranian border guards beating up on Afghan migrants. But they've been mostly silent about two recent disruptions of the imperialist status

The Americans behind the failed Venezuelan coup went ahead with the ill-fated mission even though the country's ruling regime publicly exposed their plan on live TV more than a month earlier. | In footage unearthed by DailyMail.com Venezuelan state television claimed its government had infiltrated the 'mercenaries' and even aired photographs of the coup's US leader, Jordan Goudreau. | They also appeared to have the names of the other two Americans captured and paraded on TV this week, ex Green Berets Luke Denman and Airan Berry. | The revelation, alongside the apparent lack of funding and adequate equipment fo…

ahtribune (2020-05-15). Iran Is Not A Victim, It Is One of The Most Influential and Strong-Minded Nations on Earth. ahtribune.com

When facing mortal danger, its people unite, harden themselves and get ready to face invaders, no matter how threatening they might be. | Iran is home to one of the oldest and deepest cultures in the world, and it's precisely this culture that helps Iranian people to survive the most frightening moments. | And one such moment is sadly, right now. | *** | US battleships are sailing right next to the Iranian territorial waters. One mistake, one false move, and war could erupt, engulfing the entire region in flames. Iran is a proud nation, and it takes its independence extremely seriously. | Right now, the countr…

Abdallah El Harif (2020-05-15). A universal appeal for humanity to end militarism and stop war. peoplesdispatch.org On March 15, 1950, the World Peace Council sent out the Stockholm Appeal, a short text that called for a ban on nuclear weapons and that would eventually be signed by almost 2 million people. The appeal was made up of three elegant sentences: | -We demand the outlawing of atomic weapons as instruments of intimidation and mass murder of peoples. We demand strict international control to enforce this measure. | -We believe that any government which first uses atomic weapons against any other country whatsoever will be committing a crime against humanity and should be dealt with as a war criminal. | -We call on a…

Andrey Areshev (2020-05-14). 'Zombie Neocon': How This Iran Contra Architect Is Leading Trump Policy. strategic-culture.org Hawk Elliot Abrams, reborn as a U.S. envoy, is at the spear point of recent aggressive moves in Venezuela. | Barbara BOLAND | As we await answers on who funded the plot to Called the "neocon zombie" by officials at the State Department, Abrams is know…

Lawrence Korb (2020-05-14). Pandemic Spending Will Force US Defense Budget Cuts—Some of Which Should Come From Nuclear Weapons Programs. globalresearch.ca Even supporters of increased US defense budgets expect that, because the US government will likely spend trillions of dollars trying to rescue the economy from the effects of the COVID-19 pandemic, military spending in the United States is likely …

Matthew Russell Lee (2020-05-14). Banking on the Nuclear Bomb Are Citi, Chase, BofA, Wells and Goldman Sachs. globalresearch.ca This article was originally published in 2018. | Among the top ten investors in nuclear weapons are banks which stand to benefit from the de-regulatory bill

Whitney Webb (2020-04-22). Is Trump's "Shoot Down And Destroy" Tweet About Boosting Oil Prices Or A Harbinger Of War With Iran? thelastamericanvagabond.com Trump's recent tweet to "shoot down and destroy any and all Iranian gunboats if they harass our ships" has sparked concern over a new war in the Middle East. However, the more immediate effect of Trump's tweet has been a big boost in oil prices and a rise in the stock market. Was that Trump's …

Paul K. Drain, Nigel Garrett (2020-04-21). [Commentary] SARS-CoV-2 pandemic expanding in sub-Saharan Africa: Considerations for COVID-19 in people living with HIV. thelancet.com In December 2019, a novel coronavirus, SARS-CoV-2, started a global pandemic of respiratory illness, termed COVID-19 [1]. The spectrum of COVID-19 has ranged from a mild, self-limiting respiratory tract illness to severe progressive pneumonia, multi-organ failure, and death [2]. Older patients and those with a weaker immune system appear to have a greater risk of death [3]. Thus far, the vast majority of deaths from COVID-19 have occurred in Italy, China, Iran, and Spain—all Northern hemisphere countries with good health care resources and a low HIV prevalence. 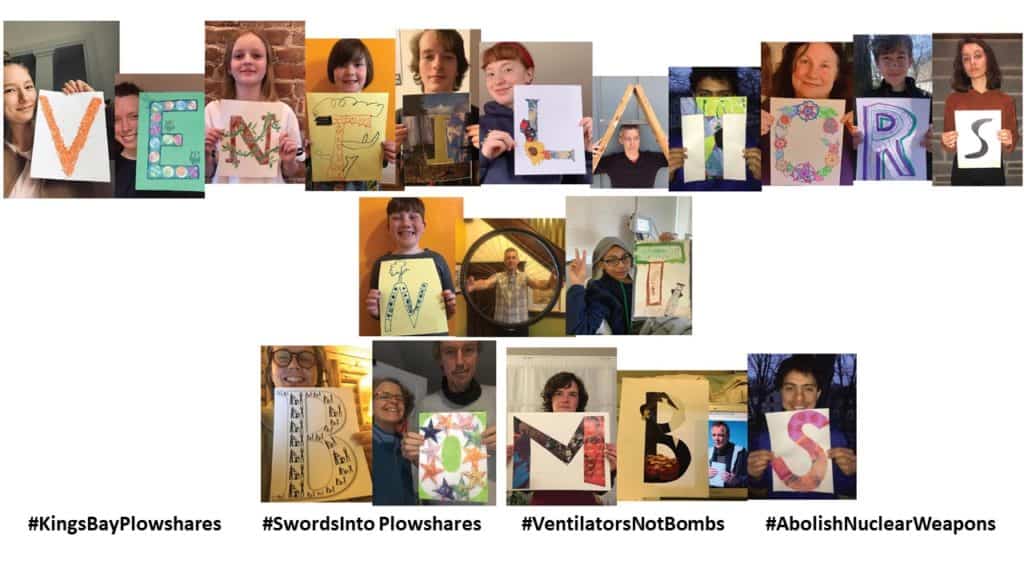 VINS (2020-04-03). Military-Grade Drones to Operate over San Diego in 2020. projectcensored.org As tensions between Iran and the United States remain high, the US military is preparing to conduct test flights of drones over major American cities, Truthout reported in January 2020….

Jason Ditz (2020-02-05). Trump Says War With Iran Was "Closer Than You Thought" Last Month. theantimedia.com Trump told reporters that the U.S. came "closer than you thought" to war with Iran last month.